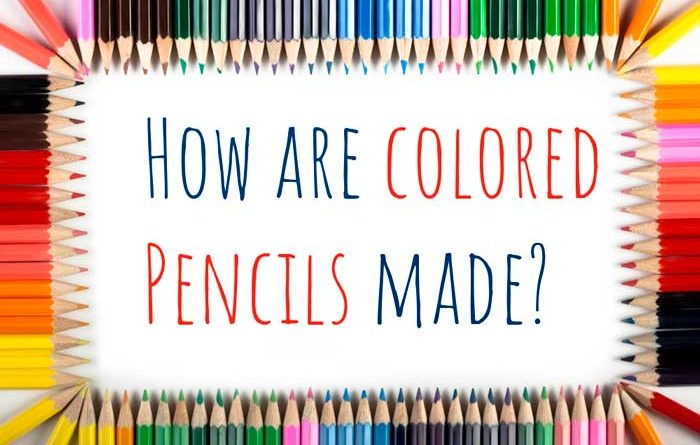 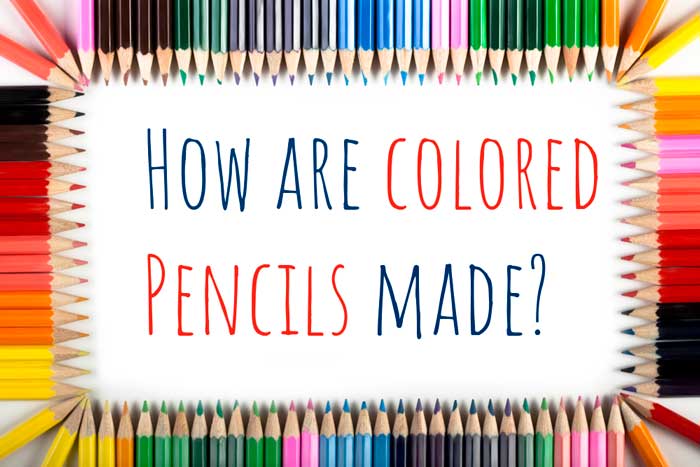 Any colorist visiting a colored-pencil factory would feel like Charlie in Willy Wonka’s chocolate plant. Wheeling, mixing, and milling machines transform clay, wood, and an assortment of other materials into the luscious art tools we know and love. You may be wondering where it all came from. How are colored pencils made? In this post we’ll look at a colored pencil’s journey from forest to factory to you.

How colored pencils are made is similar to how graphite pencils are made, and the same pencil factories are used. Some main differences are that colored-pencil leads are not made of graphite, but a mix of pigment, adhesives, and binders. Colored-pencil leads don’t get heated to as high a temperature as graphite, because the colored cores would melt.

Colored pencils generally don’t get a ferrule or eraser. The ferrule is metal band that’s near the eraser of many graphite pencils. Colored pencil leads also don’t come in the wide variety of hardnesses that graphite leads do.

Wouldn’t it be great to have a colored-pencil tree? Well, you could look at it that way. Trees are where it all starts. Some big companies like Crayola and Faber-Castell produce their colored pencils from wood harvested from their own tree farms. The trees in these farms are exclusively grown to be made into pencils. Using company farms helps mitigate environmental impact.

Cedar and basswood are the common type of trees used for pencils. These trees are solid and will not bend, even under pressure, but are soft enough for easy sharpening. Faber-Castell uses pine in their wood casing.

Cedar and pine are for premium colored pencils, as their wood is soft enough to sharpen well, their grain is even, and they don’t cause a lot of wear on sharpener. Basswood and other woods are harder and used in budget pencils.

The chopped trees are sent to the sawmill . They are dried and smoothed. The get cut into blocks about the length of a pencil, and these get cut into planks.

To get the answer to how are colored pencils made in factories, start with the human contribution. There is a lot of human labor involved among the steampunk-like machines, from moving the pencil materials from one machine to another to exacting visual quality control.

The first factories began in the late 1900s with the Eberhard Faber factory in Greenpoint, Brooklyn, which like many former factories has been converted to other uses such as condos and offices. During its time it employed hundreds of workers, mostly women. The factory produced colored pencils under the name Mongols. They were named that because the company decided to adopt the yellow pencil created by an Austrian company, and, under the notions of the time, made them want the name to associate with to Asia. Subsequently, they increased the Mongol line to include more colors.

In the 1950s the factory moved operations to Pennsylvania. There are still a few pencil factories in the U.S., and other ones all over the globe. Derwent still manufactures pencils in England. Faber Castell’s factory is in Germany.

Want to see photos? This lovely photo essay in The New York Times gives a glance at life in a colored pencil factory in Jersey City.

Each pencil color has a recipe to get the right color through mixing pigments with clay and dyes. People mix the pigment into a paste made of additives, binders, and resins. There can be wax or oil depending on the type of pencil. Making a water-soluble pencil requires other ingredients.The paste is put in a cylinder and formed into a cylindrical shape.

That cylinder of colorful paste enters an extruder. Under tons of pressure, the paste is squeezed out into a stream of white core, which is then cut into the correct length for pencils. The leads are then dried in an oven.

The lead cores are then put in a vat of color, which they absorb.

How colored-pencil casings are made: a slat sandwich

After the wood blocks are cut by machine into planks, they’re put through a machine that mills grooves. The grooved board is called a pencil slat.

Another machine inserts the cores into the grooves, then a machine coats the surface with glue. The planks go under a wheel where an additional grooved plank is put on top, forming a “sandwich.” If you look closely at an unsharpened pencil, you can often see the dividing line where the planks were glued together.

The casing is then machine-painted. The outside paint matches the inside lead. The unsharpened edge gets its own paint job. Some companies use water-based paint, as doing so is more environmentally sound.

A machine mills the barrels into familiar shapes, usually hexagonal or circular. Another machine separates the pencils into individual units.

Another machine stamps the company and color number onto the side of the pencil casing.

The pencils then go  through a sharpener. Finally their blunt end is sealed with varnish. The pencils then take a ride to where they get packaged. Inspectors examine each pencil for flaws.

The lead passes a stress test to test breakage . Each must withstand at least 2.5 kg (about 5.5 lbs.) of pressur , a drawing endurance test (each lead must last 100 meters), and a lightfastness test.

Each pencil gets a careful quality- control inspection by humans. The pencils go to a packaging area. They get sorted into color sets and put in the packages we see in stores. They get shipped all over the world. Hundreds of millions of colored pencils are created each year in numerous factories.

So that is how colored pencils are made and distributed.

Today’s pencil factories have many modern features to save time, be energy-efficient, and reduce waste. We can all do our part to help the forest by using pencils made with sustainable materials.

We hope we’ve answered your question, “How are colored pencils made?”

Next time you color, think of the complex human and mechanical processes that went into that pencil you’re holding. 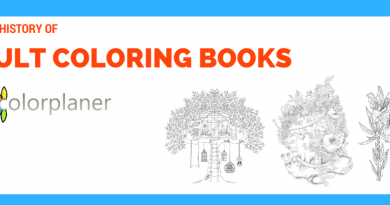 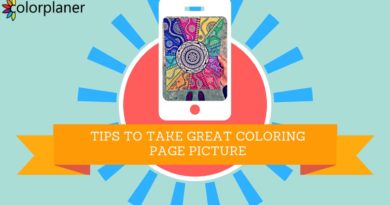 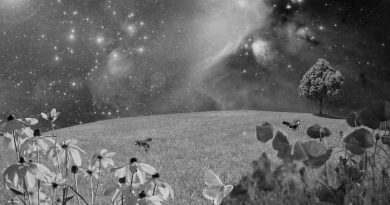